Don’t Throw Me in the Brierly Patch

After half an hour of being ignored inside a fly-blown restaurant in a tiny village whose name, Calzadilla de la Cueza, I hope never to type again, I moved outside, to the plastic tables where I could hear pilgrims talking and drinking. Nobody paid any attention to me out there, either. Is it a hygiene problem? Do I look too well-fed? Are there secret hand signals that no one has taught me? If someone had approached me, I would have given them money, hoping that they might be grateful enough to bring me a beer – the profit motive should have brought camereros to my table with all the avidity of the moscas that seemed so fond of the end of my nose.

But then I overheard an American say that he was going to move inside, since it was after seven and the dining room was open. How did he know that? And why, during the half hour I spent sitting in there, did no one approach me to tell me it was closed?

I ended up sharing a table with Ardesh, a Hungarian who had driven his car to Pamplona and is now bicycling the Camino with his little white dog. He has an ingenious trailer rigged up for his dog, but the dog hates it, so now the trailer contains all of Ardesh’s gear and the dog rides in a pack on Ardesh’s back. We talked about camping, dogs, the difficulties of learning languages – a wide range of things. He said that living in Hungary isn’t so good, because of the politics. “But of course, you in America now…” he said, with a meaningful look. “You are so right,” I agreed, with a rueful countenance.

Ardesh told me that Hungary has a problem with Gypsy communities that are insular and poorly integrated with the rest of Hungarian society. “They do not want to educate,” he said, “And they do not want to mix with people who are not Gypsies. It is like your American problem with negroes.” After a moment of shock, I realized that, despite all the nuances I wanted to use to modify this, and the uncountable exceptions, I agreed with Ardesh more than I disagreed with him. Ardesh thinks that the solution to Hungary’s Gypsy problem is desegregation. Despite how poorly it has worked in the United States, I continue to believe something similar about race problems in America. By the time the apple tart arrived, Ardesh and I had solved some pressing social issues. We licked our forks clean with real satisfaction.

I’m glad I didn’t leave in a huff before dinner, as I’d been thinking of doing, back when I was swatting flies and feeling ignored. I said something about the importance of patience in my last post; I can’t remember exactly what it was, but I’m in too big a hurry to look it up right now.

I’m more sympathetic now than I was a few days ago to the comment I quoted earlier, that doing the Camino across the meseta was like “walking across Kansas.” There isn’t much to look at out here. Even the fields are only theoretically interesting: “Here’s where they might grow wheat, although now there is only stubble.” “Here’s where they must grow sunflowers, judging by the withered debris.” “Here is a vast expanse of dirt.” It’s dull. This also helps illuminate another comment, which I may have heard for the first time in Roncesvalles: “The first part of the Camino is physical, the second part is mental, and the last part is spiritual.” This is the mental part, all right. Thank God for podcasts.

John Brierly’s book on walking the Camino is the universal reference among English-speakers out here. Yesterday, when I reached the little town where he suggested pilgrims spend the night, it was only about 1:00 in the afternoon. His typical day’s walk is a little more than 20 kilometers. At about three miles per hour, I cover 20 kilometers in four hours – the time between leaving my albergue in the morning and lunchtime. My blisters are under control, my legs feel good, and walking is the new normal. Even though the next town was another 17 kilometers down the road, I decided to go for it.

By the time the little town whose name I will not type hove into view, I’d walked more than 22 miles – a new high for this little adventure, and something I haven’t done often at any time in my life. It was surprisingly untraumatic to just keep walking all day long. I kept expecting to have some physiological reaction – collapse, cramping, uncontrollable weeping, something – but instead I just washed my laundry outside in the sink, played with a curly-haired puppy, and got irritated at camereros.

I stopped at about 1:00 today, partly because I need to divide the stages between here and León, the next big city, into reasonable chunks, partly because I thought I should be careful about my legs, despite how good they feel, and partly because this town, Sahagún, is full of ruins from the days of the Knights Templar. It turns out that there’s another good reason for staying here, though – this town is not one of John Brierly’s recommendations for places to spend the night. What this means is that I am no longer part of the wave of pilgrims that washes from one of his recommendations to the next. All of a sudden, I am not part of a big group of pilgrims in Spain. I’m just in Spain. All of a sudden, the Camino is relatively empty. This is much better.

A marker outside my albergue here in Sahagún says that I’m halfway to Santiago. I’m just getting warmed up! 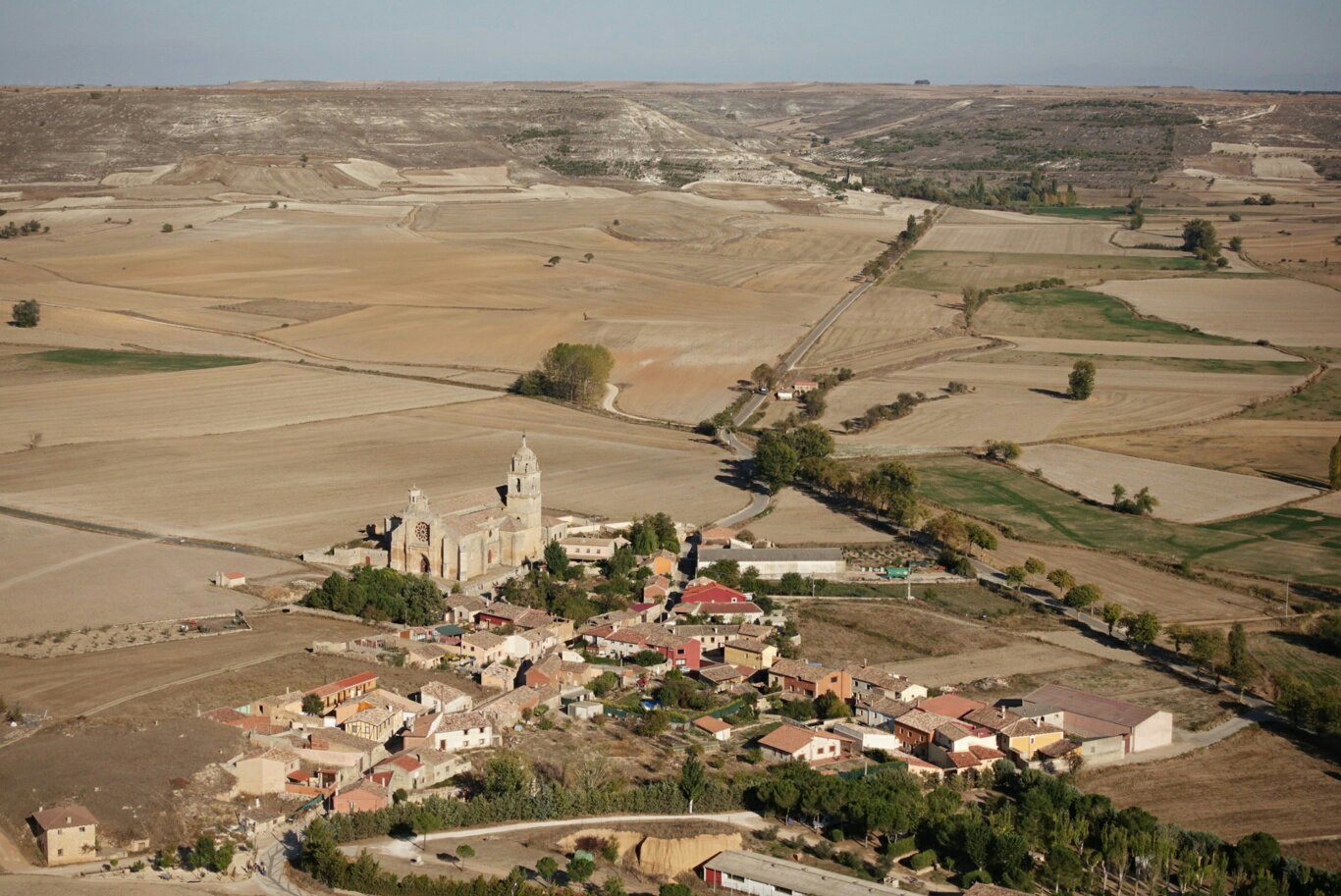 A view from the hilltop castle in Castrojeriz. The road pointing at 1 o’clock from the church is the Camino. 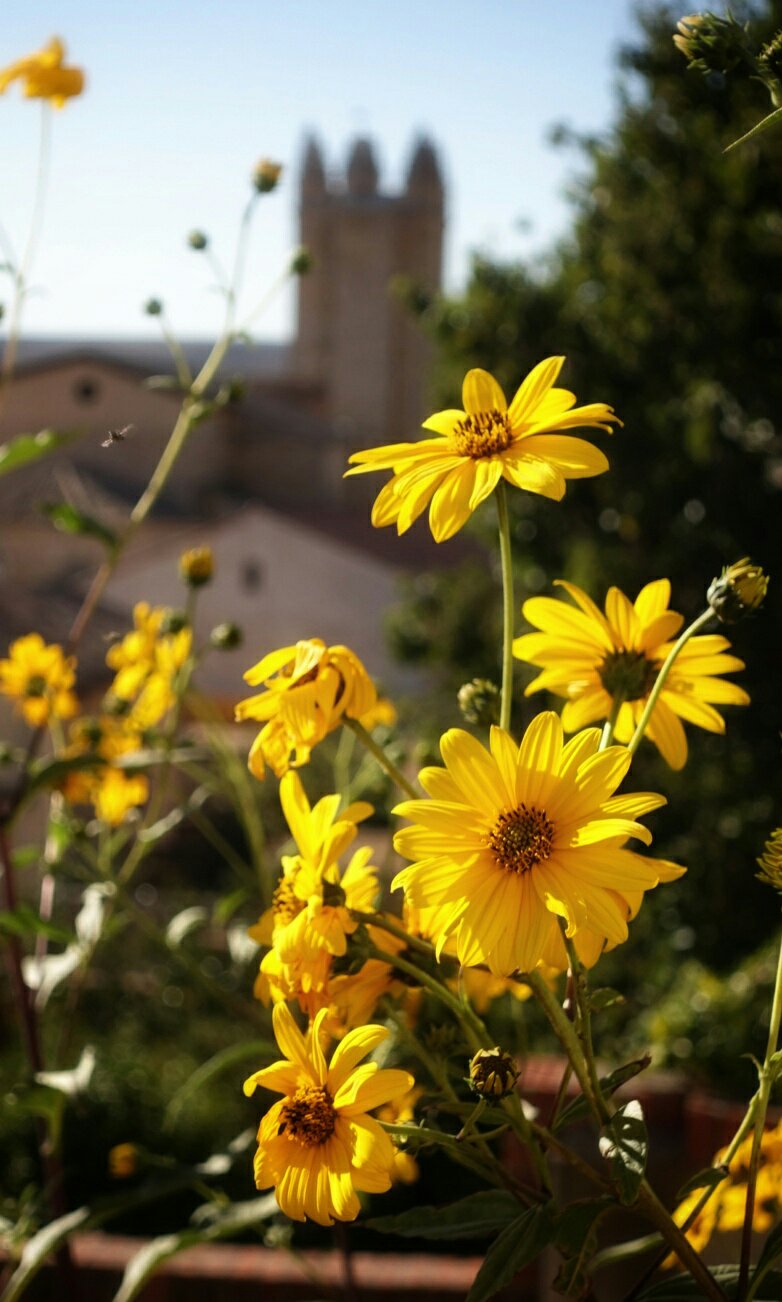 Walking into the moonset while leaving Castrojeriz, early in the morning.

The sun begins to rise on the meseta. 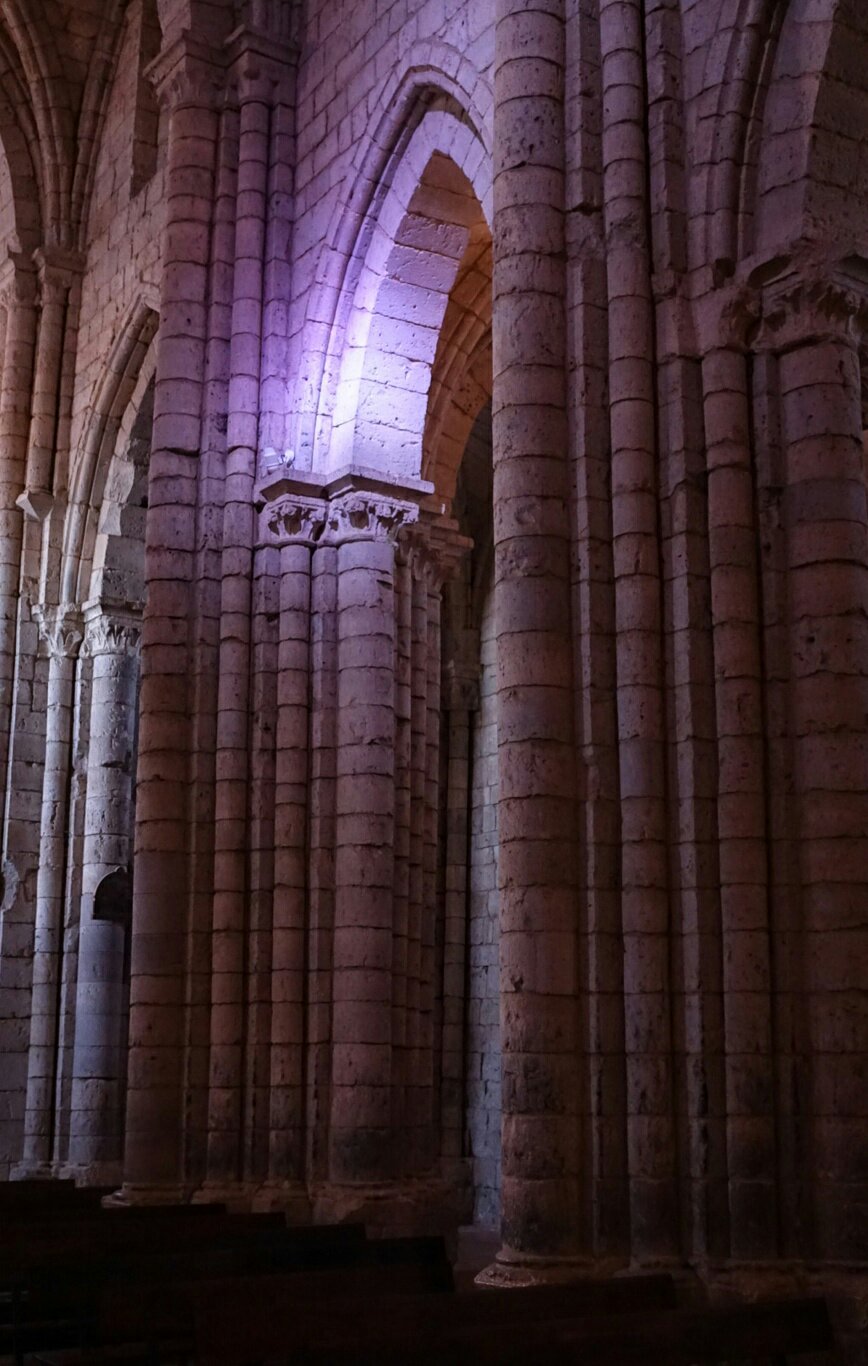 The Camino became less crowded when I stopped following Brierly’s schedule. The nearest pilgrim in this photo is at the crest of the road, between the trees.

This photo encompasses the entire village where I spent the night last night. 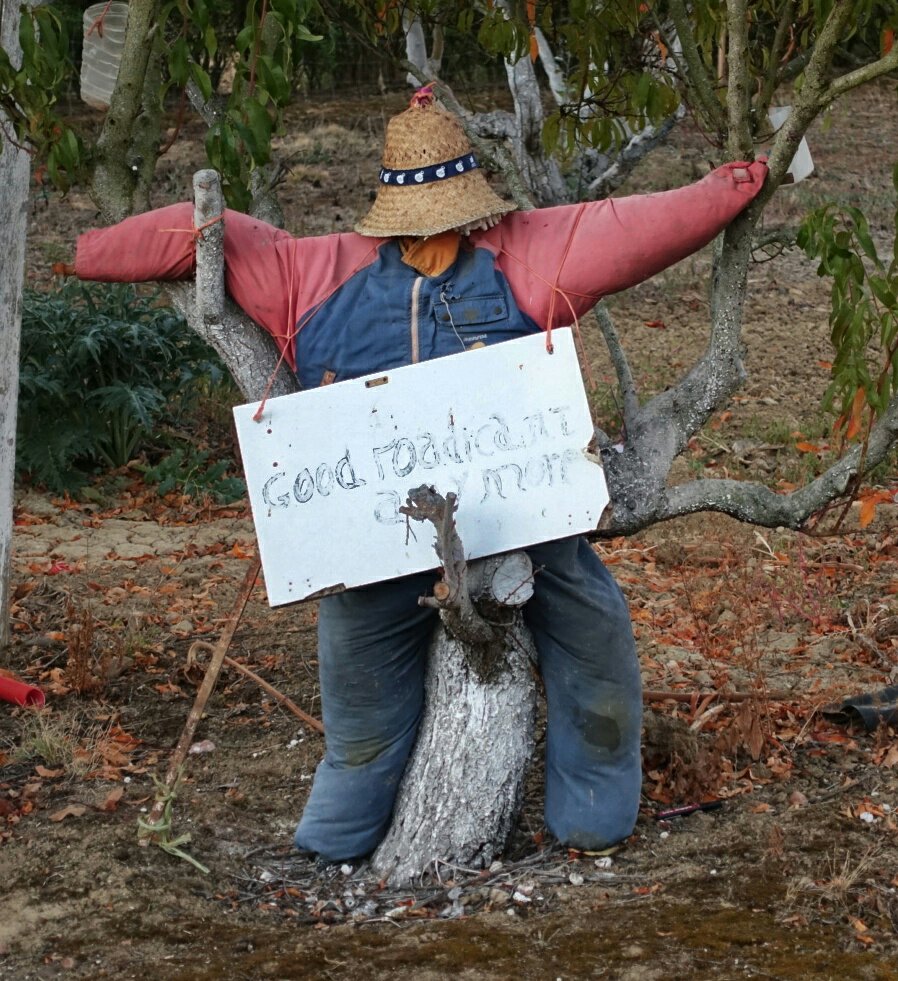 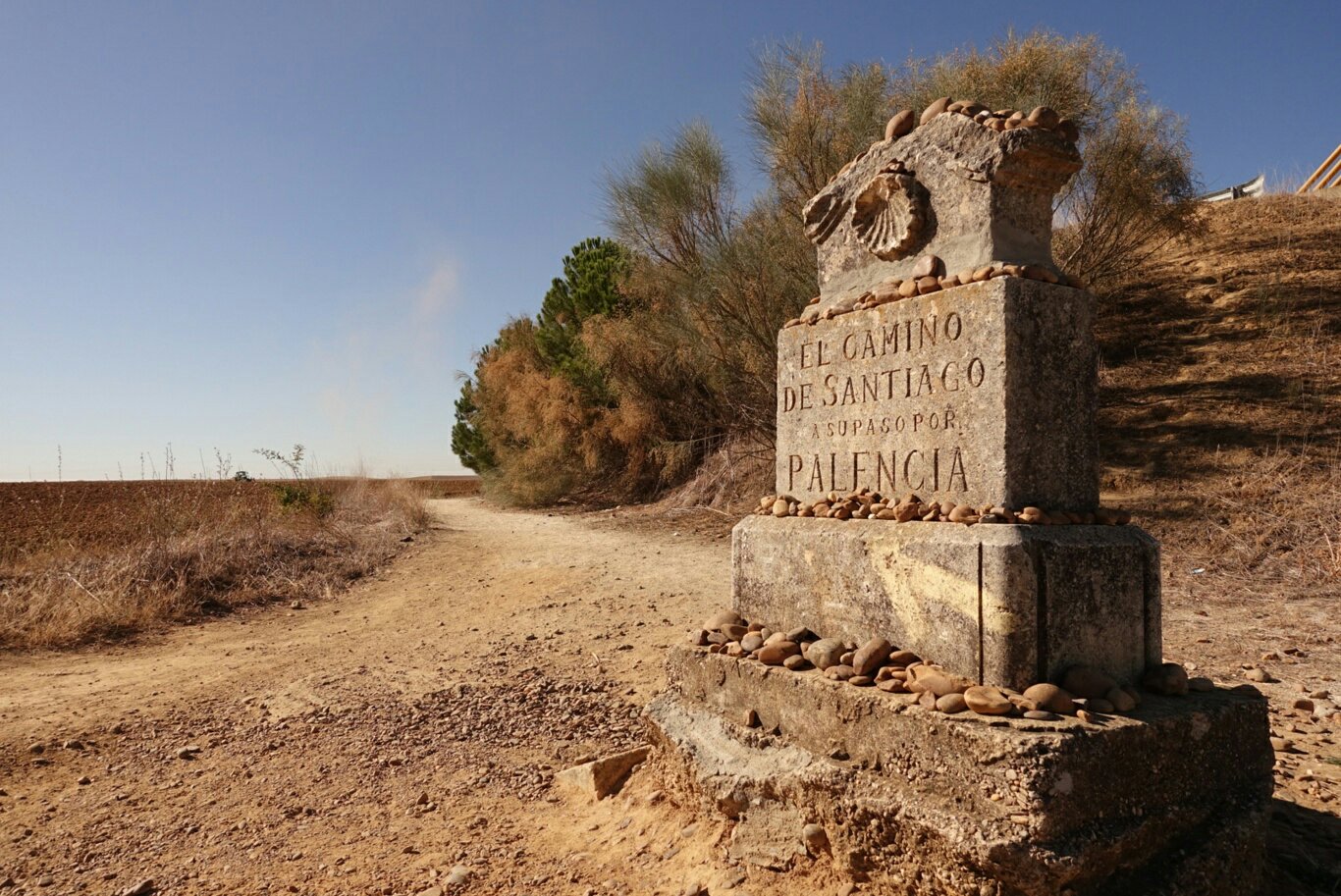 A waymarker as I approached my current town, Sahagún. 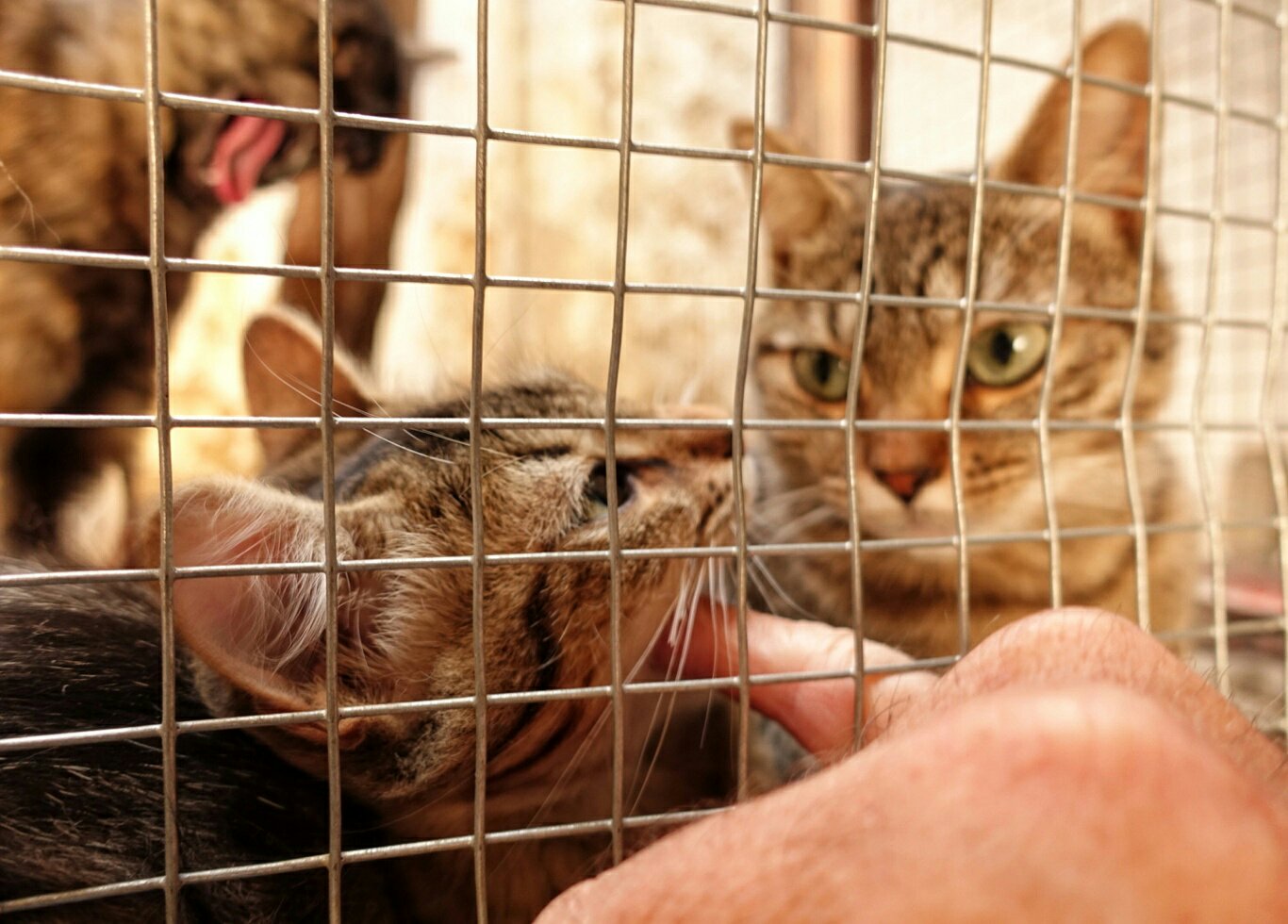 Spanish kittens roll their r’s while they chew on my fingers.