I played tennis with Sam about a month ago and have been limping ever since. I didn’t know at the time that I’d done myself any lasting harm, and in fact I was able to play again a few days later, but my right knee is not what it used to be. I was just batting a tennis ball around, for God’s sake.

Although getting older “sure beats the alternative,” as my Dad always says his Dad always said, I think it would be nice if biological systems degraded more gracefully. What if being born were like lighting a fuse, and life were a fizzing spark, jittering excitedly along the sidewalk, with no diminution of brilliance or energy, until suddenly, with a bang and a fragrant burst of smoke, it was all over? That would be much better. But instead, it’s more like our bodies and minds are the work of a brilliant sculptor who arrives in the park every day for 20 years, painstakingly chiseling our magnificent selves. But then he starts skipping days, and soon he stops coming altogether. The rain and car exhaust leave pits in our skin, spray paint is sometimes removed with a sandblaster, and of course there are the pigeons. Sometime soon, pieces are going to start falling off.

Age-related insults are actually worse than they seem, because we get used to them as they accumulate. A shocking loss spread over 40 years becomes almost invisible. According to Visual Forensics of Older Drivers* (to use vision as an example of the trend), “at age 60, the amount of light reaching the photoreceptors is only 33% of the amount seen at age 20. By the late seventies, the amount falls to 12%.” I had a hard time typing that quotation, because I couldn’t see the percent sign on the keyboard. Here are the images the article uses to illustrate the point: 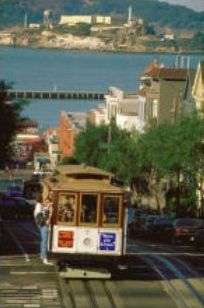 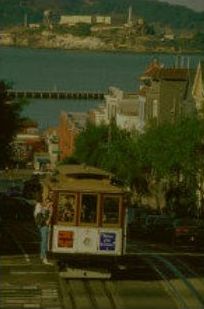 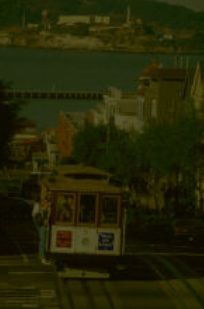 The author goes on to say that this horror actually understates the decline in the capabilities of aging eyes, but there’s only so much science I can stand. I assume most of my body’s other major systems are failing in a similar way, but I already know more than enough about the subject.

So my knee has been giving me a little trouble. I have run the stairs at the Cerro de la Cruz, at the north end of town, a few times, but the exercise was not doing my injury any favors. A few days ago, therefore, I set off to walk south of Antigua, along a road that someone had told me was often used by joggers. The exploration was itself some exercise, and I thought the trip might uncover a new running route.

I passed another ruined church, another dry and crumbling fountain, another group of young men loitering in the shade of another tree I couldn’t identify, and then, as I left town, car-repair places, panaderias, and the tiny homes of the very poor. After a few kilometers, I saw a sign saying that a spur road led three kilometers to San Cristobal el Alto, which I realized had to be the cluster of buildings on a hilltop that I’d seen from Antigua. The view from up there was sure to be excellent, and rain didn’t seem imminent. Up I went.

The road led past a school and then through a coffee farm. Soon it went through an unnamed hamlet, where a couple of dogs burst out to threaten me, and where an aged mother leaned through the door of her shack and kindly wished me a good afternoon. And then I left the houses behind and started to climb. An occasional car passed, and I strode past a few gangs of workmen, but for the most part I had the road to myself. The view from the top was splendid; the connection between Antigua and Jocotenango was suddenly obvious, and the relation of the villages to the surrounding farms and hills made perfect sense. I took a few pictures and headed back down. The whole trip took only two hours.

When I told Irma, my instructor, about the walk I had taken, she was surprised and dismayed, but then said that God must have been looking after me and made me promise not to do it again. “Did you have your camera with you?” she asked. I said that of course I had. She put her palms together and looked up toward heaven, shaking her head.

The State Department website says “The threat of violent crime in Guatemala is rated by the U.S. Department of State as ‘critical.’” This accords with the word on the street – a phrase I use here even though I have no real idea what either “the word” or “the street” might mean. Irma tells me that the lovely volcano rearing up out of the coffee farms south of town should never be visited, because the villages and roads there are full of gangs and bandidos. When a new student here at the guesthouse told me that she hoped to get up early to run the stairs at the Cerro de la Cruz, I had to tell her that this was a bad idea, because I have heard from several people, and read more than once, that it is unwise to go there except in the middle of the day, when there are plenty of other people on the stairs, and when three or four policemen with shotguns are assigned to patrol the area.

The young woman who I warned away from the stairs is a scuba diver. Next week she is leaving Antigua for Belize, where she plans to spend as much time underwater as she possibly can. Our conversation naturally led to danger and catastrophes, because those topics are an unfailing source of satisfaction when you’re leaning comfortably over a half-eaten dinner. I talked about grizzly bears and she talked about sharks. “You know,” she said, “It sounds stupid, but honestly, if I’m going to die in a shark attack, that’s okay. I mean, there are worse ways to go, and at least it would be interesting.”

I strongly prefer not being mugged. I’m sure being mugged is very bad. The only thing worse might be taking too many precautions to avoid it. Being robbed once in a while is terrible, but it sure beats the alternative.

I’ll be sensible about avoiding dangerous parts of town and I’ll try to avoid exacerbating any injuries, but danger and injury, decrepitude, failure, and defeat are certainties. I’m going out into the town, and I’m going to exercise, and I’m going to admire the cable cars in San Francisco, as best as I can. I’m going to stand naked in the park, enjoying the sun and the wind and the rain, watching the children play, and cursing the pigeons. When I feel something let go and hear it rattle onto the plinth at my feet, I’m not even going to look down. I don’t want to know.

* For the complete article about vision in older drivers, see http://www.visualexpert.com/Resources/olderdrivers.html