One Day in Paris

Last night, at the Café de Pont Neuf, I ate my unloved dinner, over which no one had ever taken any pride or expended any joy, and drank 50cl of Côtes du Rhone, while reading Jorge Luis Borges and watching the traffic struggle by outside. I had just spent my one day in Paris by walking up and down the Seine, visiting Notre Dame, lingering at the Musée d’Orsay, and then enjoying the exercise and the strange familiarity of such sights as the Eiffel Tower, the Arc de Triomphe, the Champs-Élysées, the Jardin des Tuileries, and the bustling entrance to the Louvre, before making my way back to the vicinity of my AirBnB and this café.

I was reading Borges almost accidentally. Having just finished a book titled 1491, which earnestly, intelligently, and not altogether convincingly attempted to upend the received wisdom of my boyhood about indigenous Americans before European contact, I needed something new. Nothing in my Kindle’s “Read Next” category struck me as essential or urgent, but there, near the top of the alphabetical list, was my “Borges” category.

I cannot explain why I was drawn to Selected Poems, 1923-1967, since I do not read poetry, as a rule. One of the first happy surprises was the epigraph, from Robert Louis Stevenson:

I do not set up to be a poet. Only an all-round literary man: a man who talks, not one who sings. … Excuse this little apology for my muse; but I don’t like to come before people who have a note of song, and let it be supposed I do not know the difference.

An author who displays this extremity of taste when choosing an epigraph deserves to be taken seriously, whatever excuses he might make.

I have been so charmed by the first part of this volume that I decided to use this post to urge these poems on anyone who thinks he might care to read a poem now and again. Here, for example, is a short poem called My Whole Life, translated, with the help of Borges himself, by W. S. Merwin:

Here once again the memorable lips, unique and like yours.

I am this groping intensity that is a soul.

I have got near to happiness and have stood in the shadow of suffering.

I have crossed the sea.

I have known many lands; I have seen one woman and two or three men.

I have loved a girl who was fair and proud, with a Spanish quietness.

I have seen the city’s edge, an endless sprawl where the sun goes down tirelessly, over and over.

I have relished many words.

I believe deeply that this is all and that I will neither see nor accomplish new things.

I believe that my days and my nights, in their poverty and their riches, are the equal of God’s and of all men’s.

Now, here is the epigraph Borges chose for his San Martin Copybook. This is from a letter written by Edward Fitzgerald:

As to an occasional copy of verses, there are few men who have leisure to read, and are possessed of any music in their souls, who are not capable of versifying on some ten or twelve occasions during their natural lives: at a proper conjunction of the stars. There is no harm in taking advantage of such occasions.

So challenged, and with several glasses of wine already settling themselves comfortably in my belly, I decided that this might be one of my ten or twelve occasions:

MADMAN ON A BICYCLE

On the Quai du Louvre,

Alone, fed, and warm with wine,

I look out the window as a siren passes,

And there, a muscular young man

And salutes as the jangling car goes by.

He cannot be sane, of course,

Unless he is measured against the rest of us.

Toward an unknown horror the siren vanishes.

Toward an unknown horror the bicyclist, too.

I finish my wine and watch in surprise as it and my hand produce these words.

Although I don’t like to come before people who have a note of song, and let it be supposed I do not know the difference, I have decided to stop hiding. I will do what I can do. 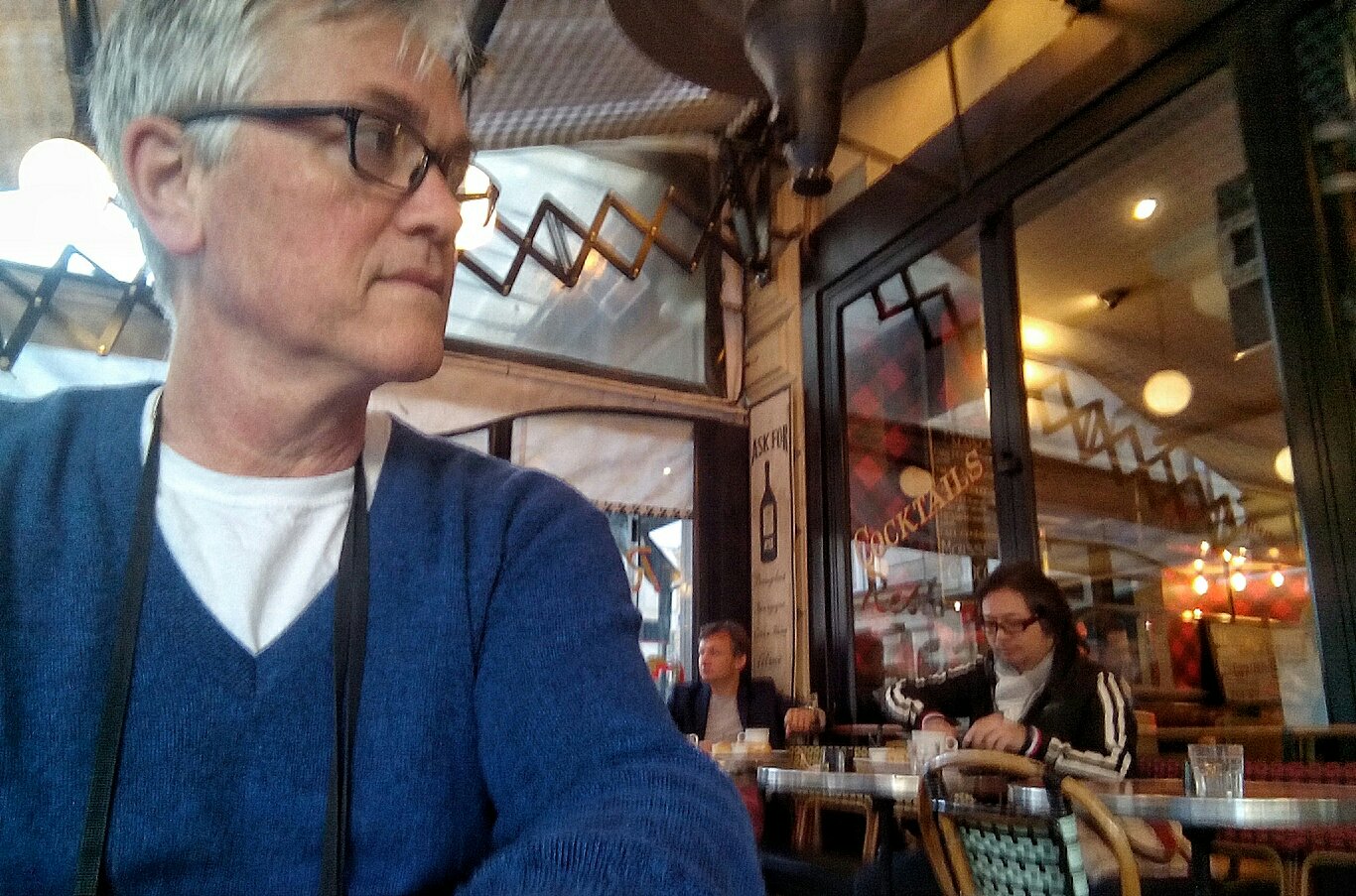 The moment I realized I am currently an idiot in both French and Spanish. 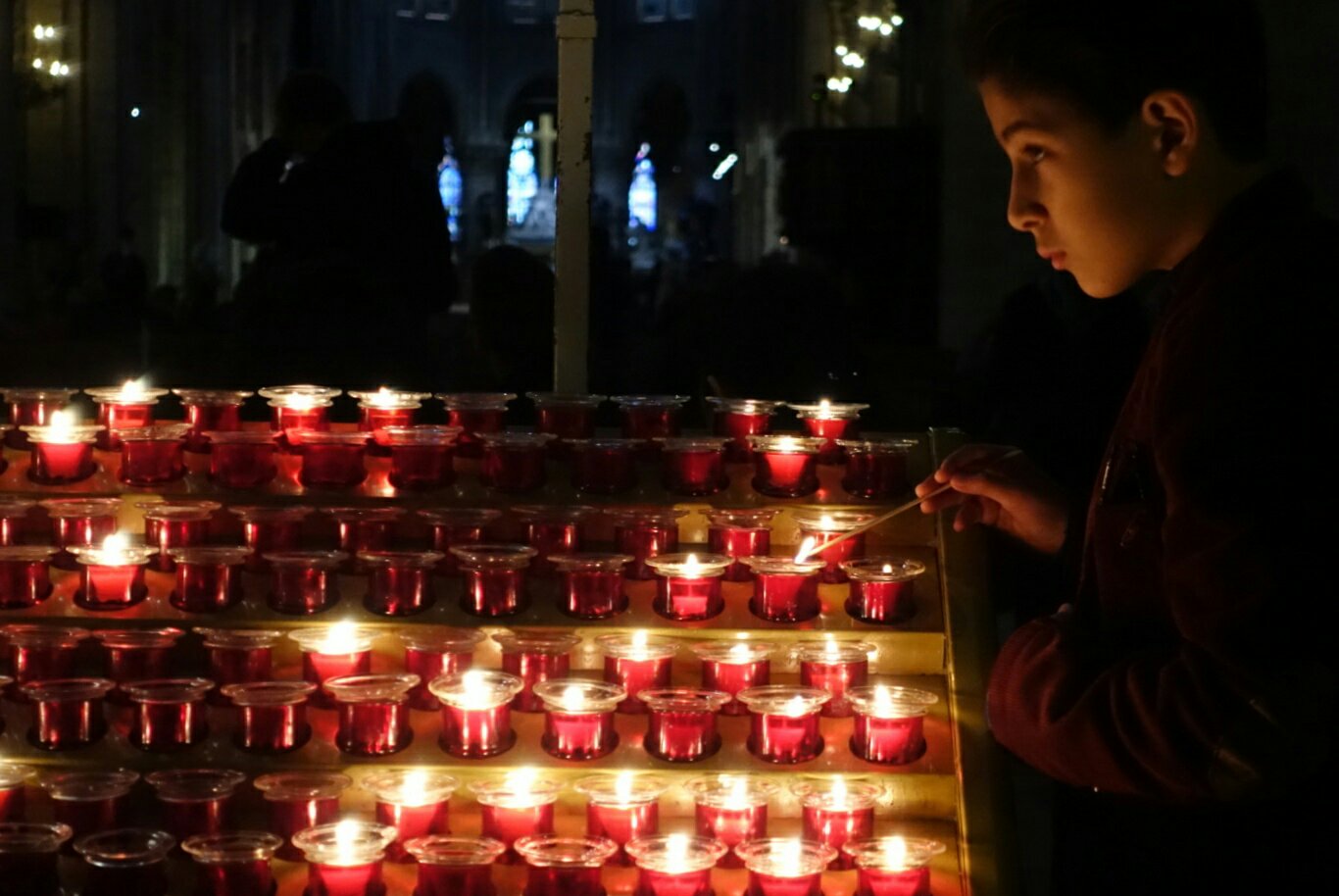 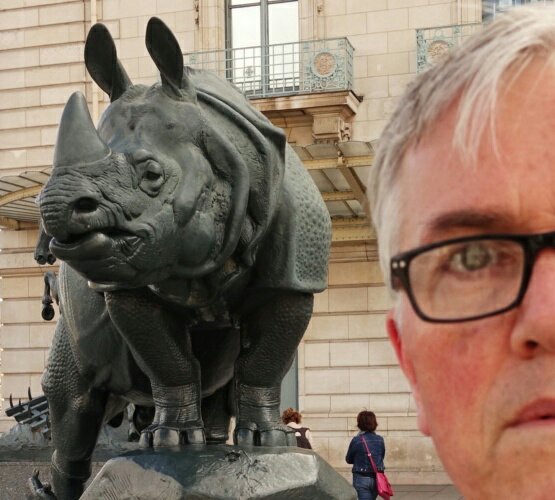 Outside the Musée d’Orsay. 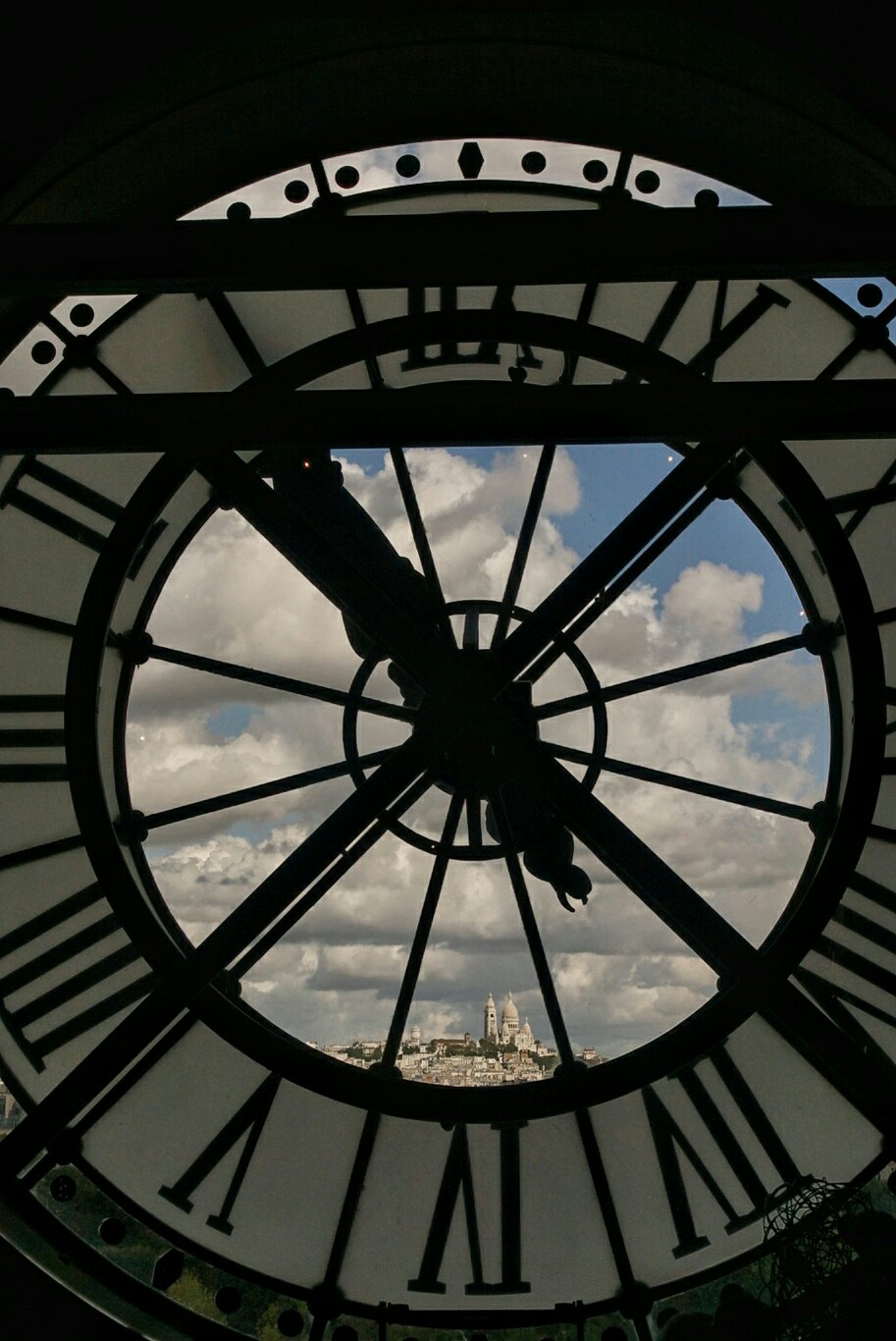 Sacré Coeur in the distance. 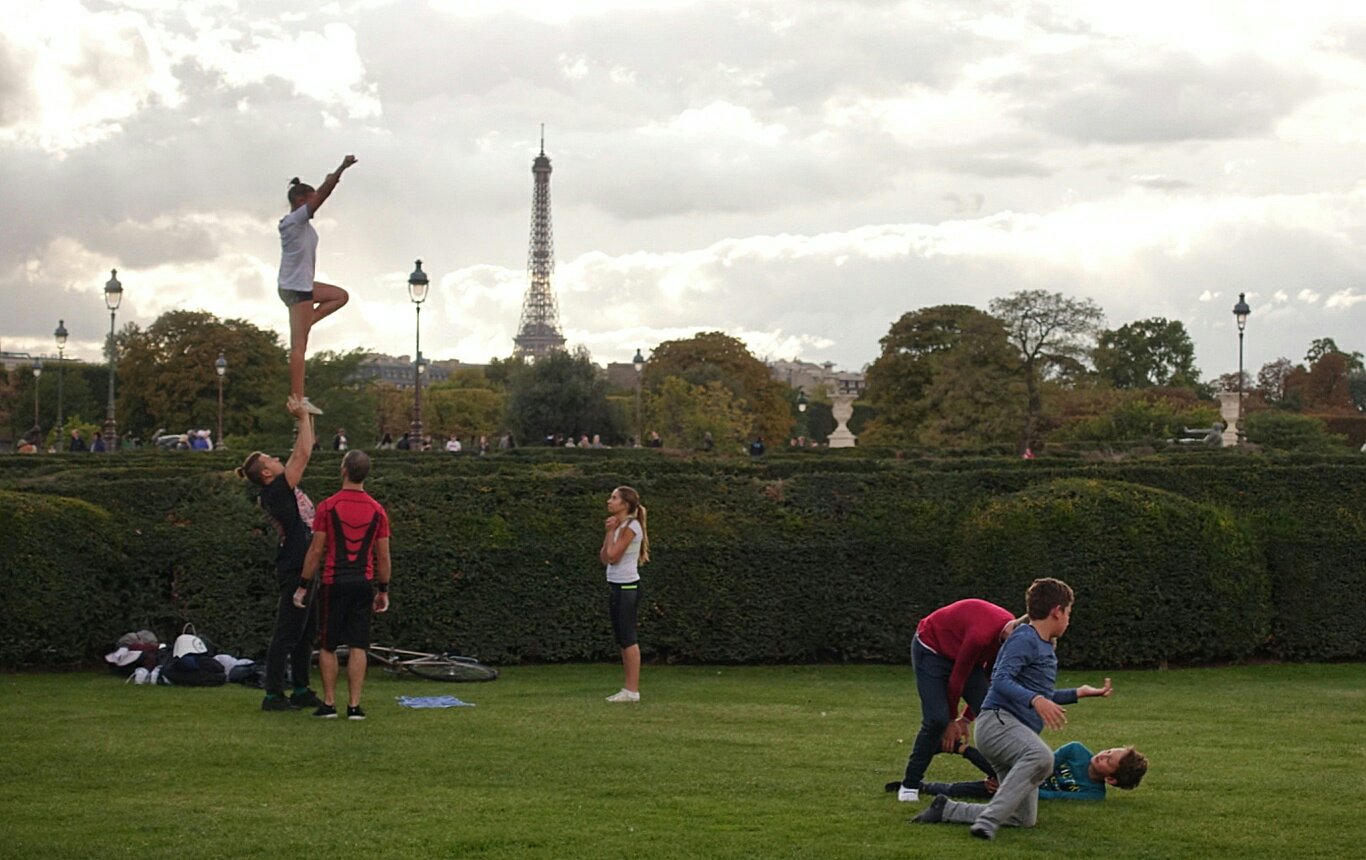 Acrobats at the Tuileries. 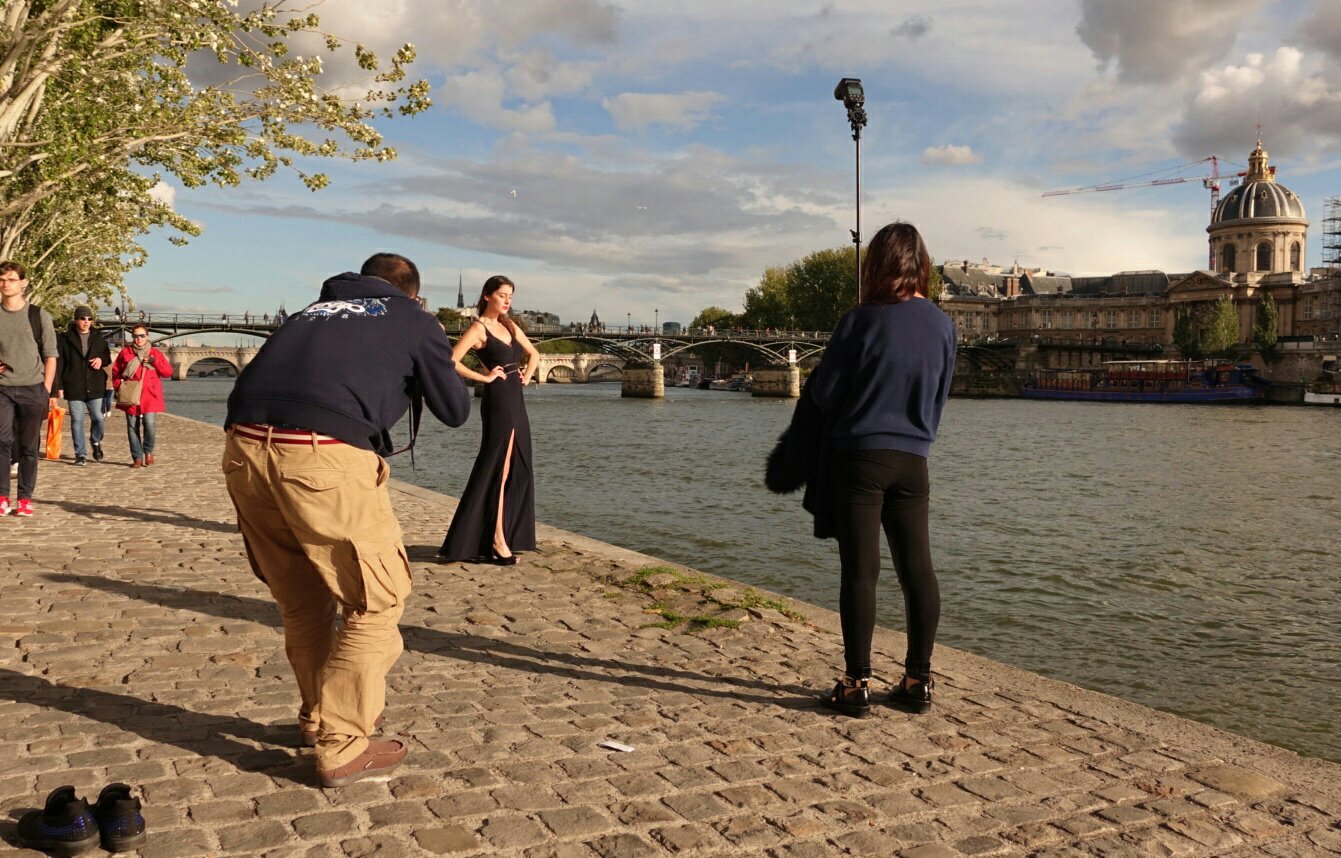 Glamour along the Seine. 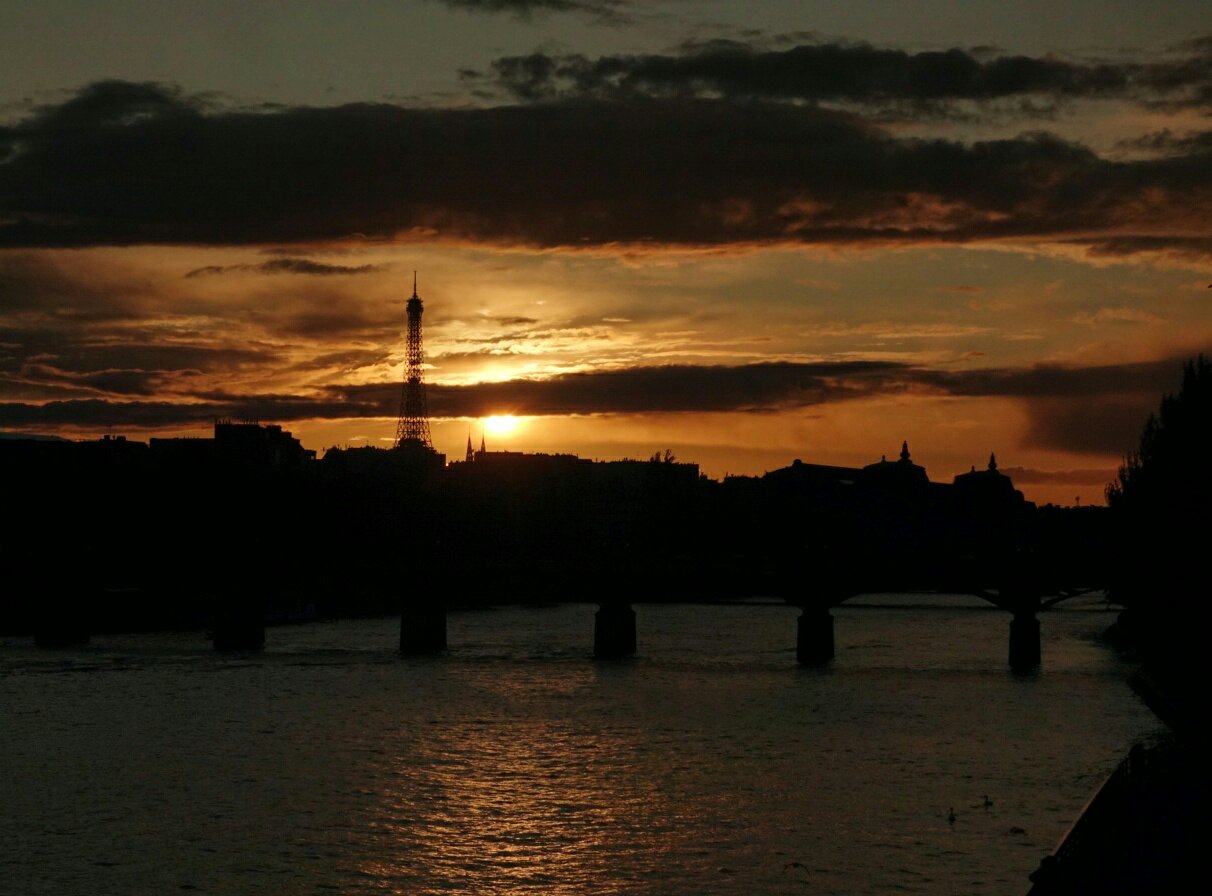 Sunset from the Pont Neuf.