The Romance of the Genuine

A couple of days ago I met a man from England who was finishing his 14th Camino. We had both been awakened by the stir of early risers at the albergue in Santa Irene, 23 kilometers east of Santiago.

“Can you believe the rudeness?” he asked. “What is the point of getting out of bed at five o’clock in the morning? The sun doesn’t come up for more than three hours! And you’re going to wake up everybody else in the room, and why? Because you don’t care about other people, that’s why!”

The Camino isn’t what it once was, as far as Terry is concerned. The people who are sending their bags ahead or who are skipping sections are just cheating. “And yes, you can lie to the people who are giving out the Compostelas in Santiago, but they think they’re lying to God! Are they mad? I can’t conceive of it!”

Terry had just had the worst night’s sleep of his entire Camino, so it seemed right to cut him some slack. Also, I recognized this brand of invective. Too often, I hear words like this coming out of my own mouth.

I arrived in Santiago on Monday the 23rd, in the early afternoon on yet another beautiful day. I sat in the square in front of the cathedral, pulled off my boots, and watched pilgrims taking selfies and giving each other hugs. I didn’t recognize anyone in the crowd. The cathedral is covered by scaffolding on the outside and the altar on the inside is half obscured by tarpaulins; the aesthetics of this building, as a destination, are a let-down.

This cathedral is supposed to be home to the mortal remains of Saint James; that’s why people have been flocking to Santiago for the last 800 years. The story of how his bones got here is frankly ridiculous, but that hasn’t prevented millions of people over the centuries from walking enormous distances to get here. Me among them.

I’m not very clear about the fundamental nature of authenticity. If I had two big books on the desk in front of me, on the left a Shakespeare First Folio, and on the right a perfect facsimile of a First Folio, with no detectable difference between the two volumes, the book on the left would be a treasure, and the one on the right would be a curiosity. Even if there were no way to tell them apart. I believe this with no shadow of a doubt, despite how nonsensical it is to make such a distinction between identical objects. It’s pure muddle-headed romance.

Terry has an idea about the genuineness of a proper Camino that I don’t share. He thinks that walking every step of the way and carrying all your gear on your back is an actual Camino, and that every other variety is a shameful fake. I see what he means, when I think about my First Folios, but my example of the identical volumes proves to me that the most important thing about this sort of authenticity resides in my attitude, not in the things themselves.

I am sure that the bones in the cathedral, a hundred yards from where I’m typing these words, are only bones, and that even if they were the bones of a saint they would still be only bones. But that’s because I don’t have a romantic attitude toward sainthood or any faith in the reliability of the church. If I were an illiterate farmer, 500 years ago, these relics would not only have the romance of history, they would be a physical connection to heaven. A First Folio would be nothing by comparison to such a thing.

I tried to explain this point of view in conversation with my friend Xiang Hua, a week ago. She only laughed.

Tomorrow morning I’m going to continue my Camino. I will have to walk for three or four days to get to the Atlantic Ocean. I had been torn about whether to go to Finisterre or to Muxia, two common destinations among those of us who haven’t had enough walking when we get to Santiago, but Terry convinced me that Muxia is the place to go. He said it’s a pretty little town, right on the beach, where big waves come crashing down. This recommendation was enough for me.

If I were to go to Finisterre, I couldn’t actually get to the water; the bluffs leading down to the beach are too steep. But in Muxia, I can get my feet wet. If I go to Muxia and take off my boots and wade into the water, I will have walked all of the way across Spain. Not 99.9999% of the way. All of the way.

I know this is ridiculous. Don’t bother to point it out. 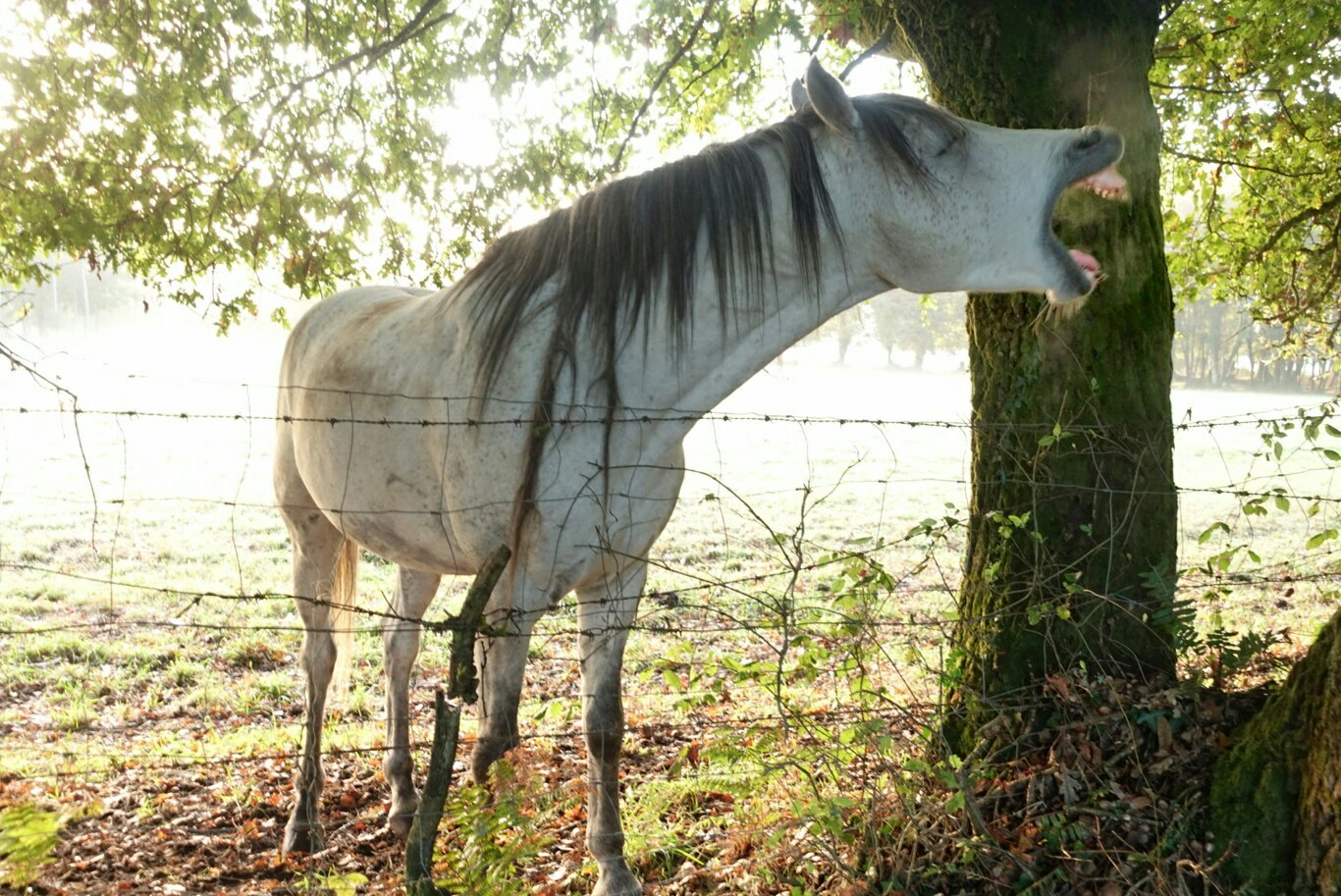 “But I swore I wouldn’t tell it and here I am tantalizing you.” She yawned gracefully in my face.
– The Great Gatsby 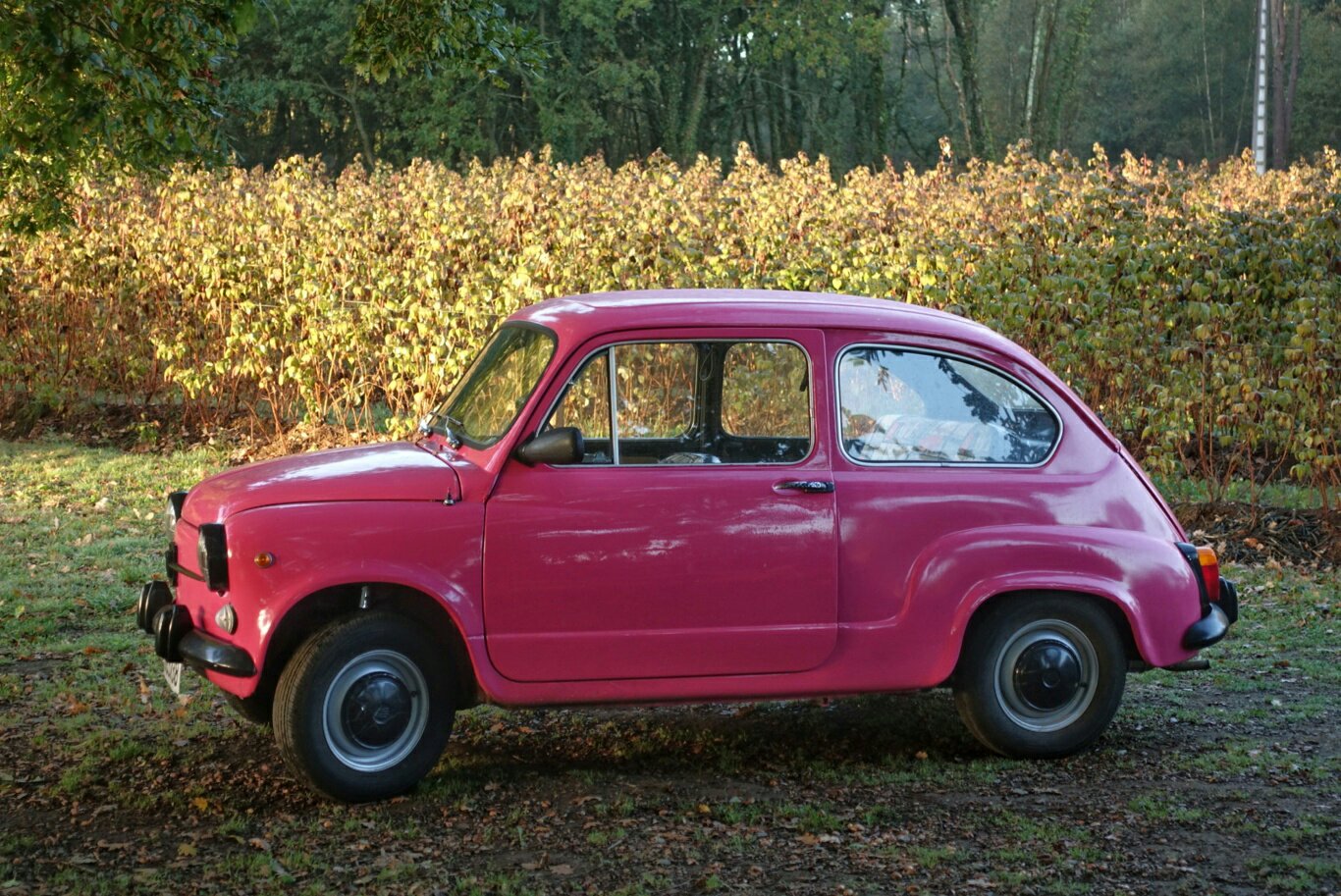 I am not a car guy, but look at this thing. Look at it. 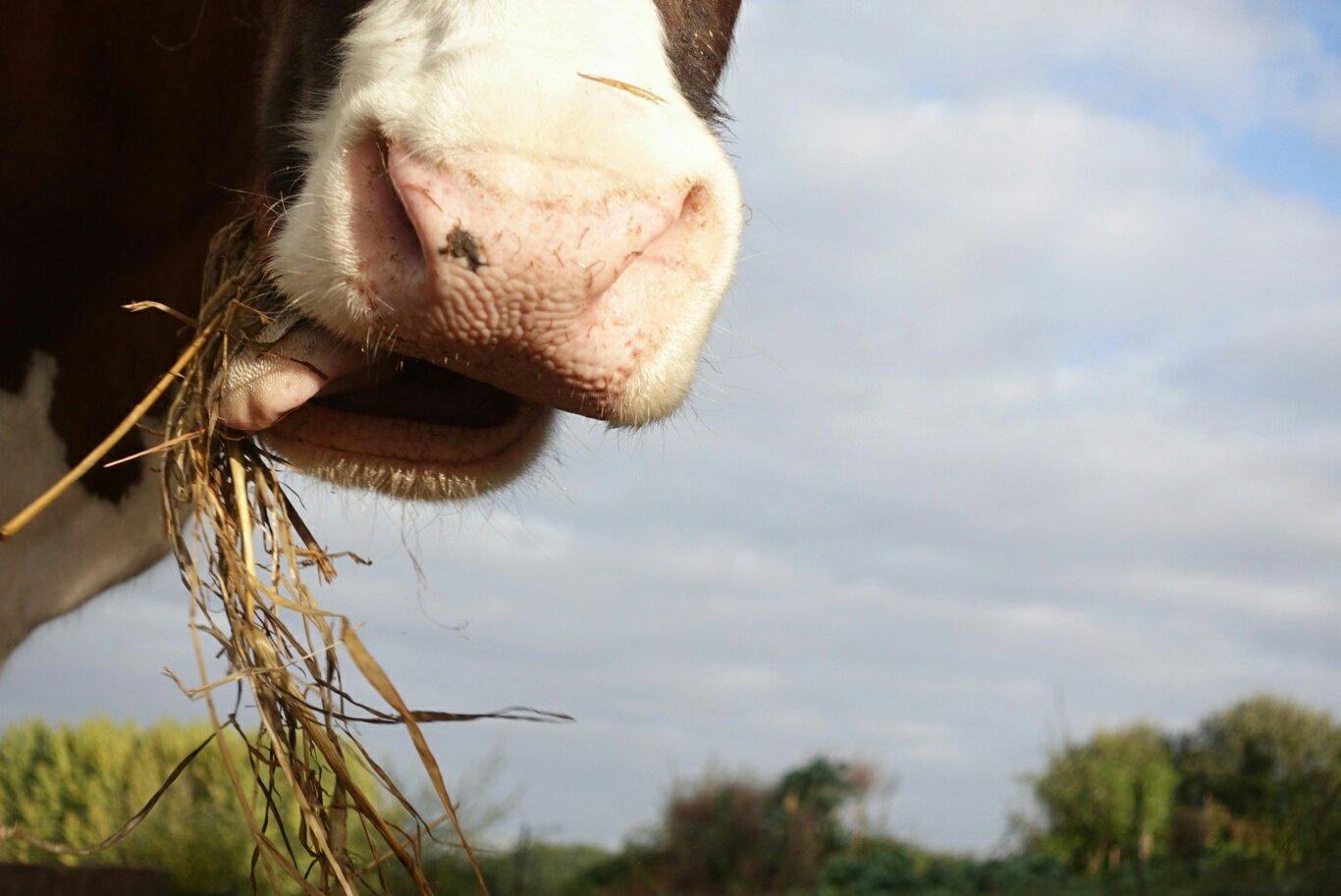 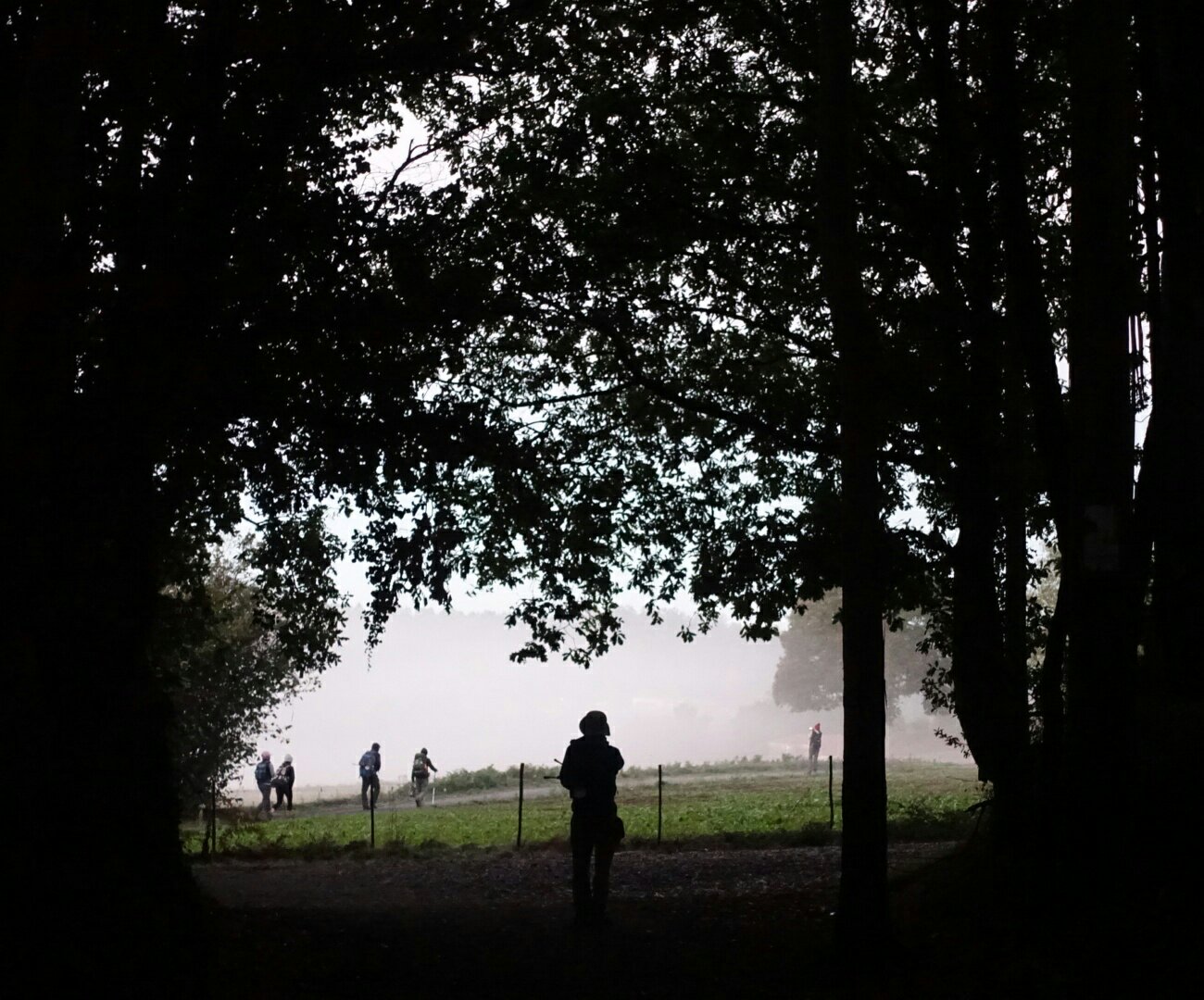 The Camino opens up into the morning mist. 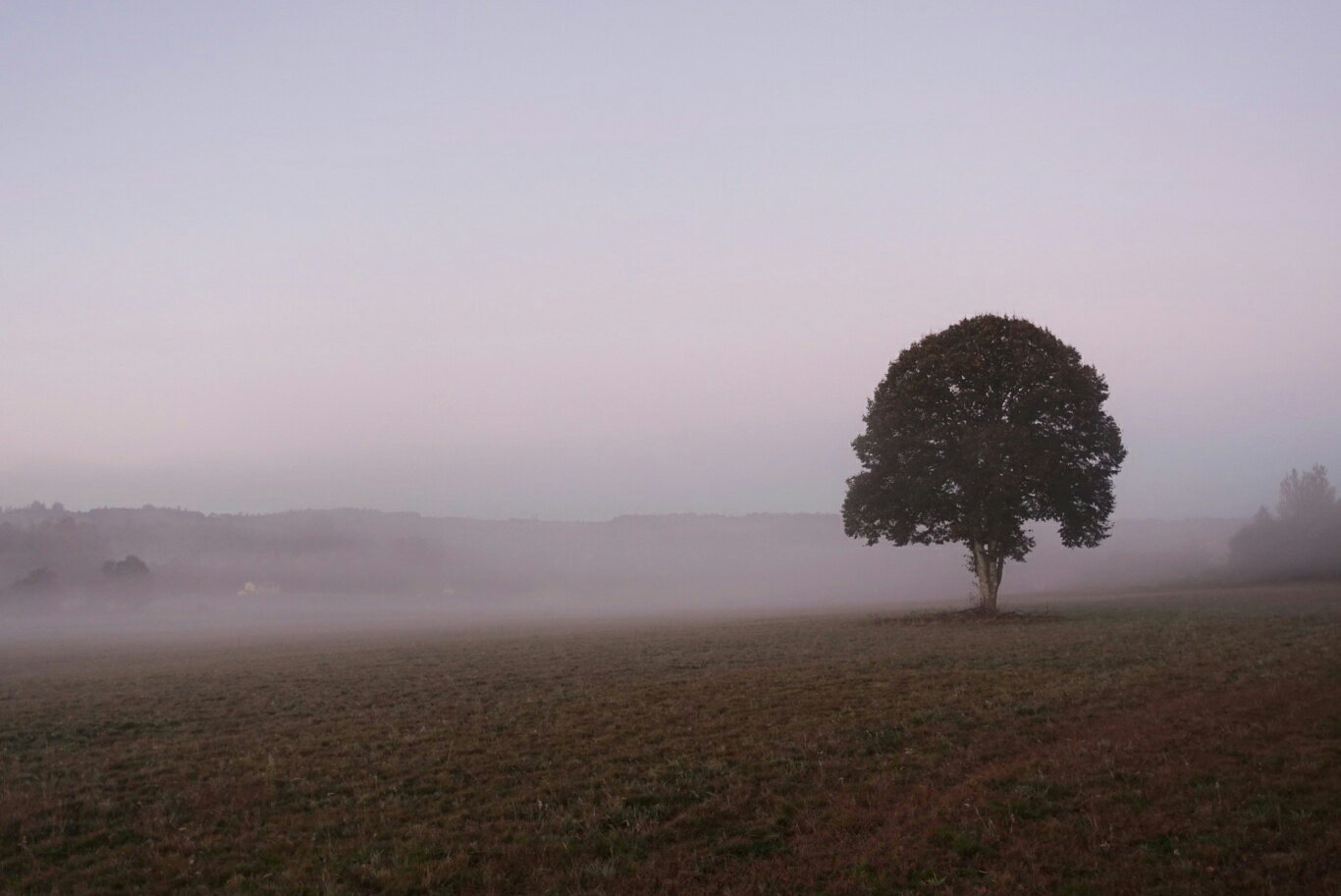 The view as the mist retreats. 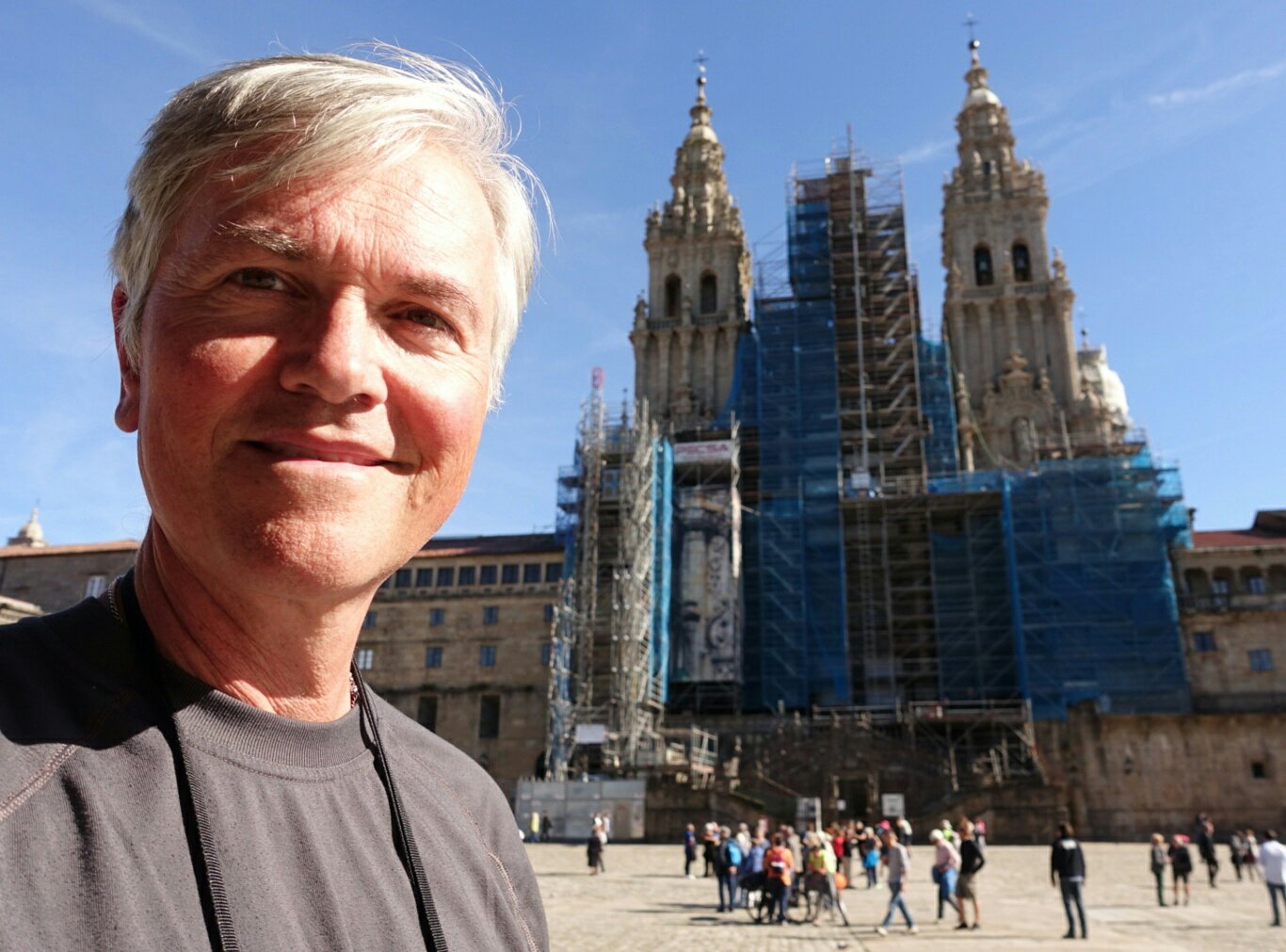 The unfortunate facts about the cathedral and my face. 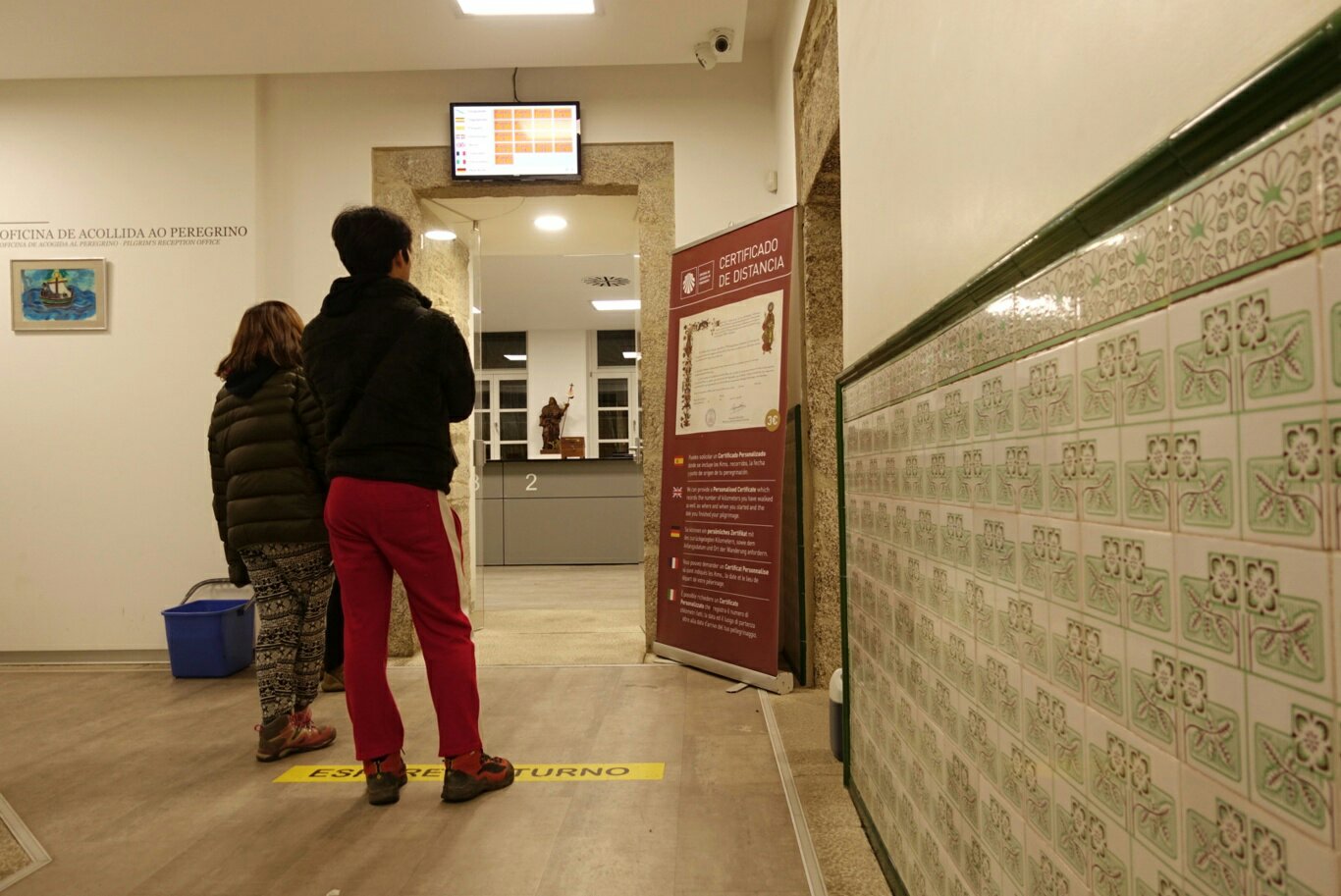 Receiving your compostela has all of the mystery and reverence of a trip to the Department of Motor Vehicles. 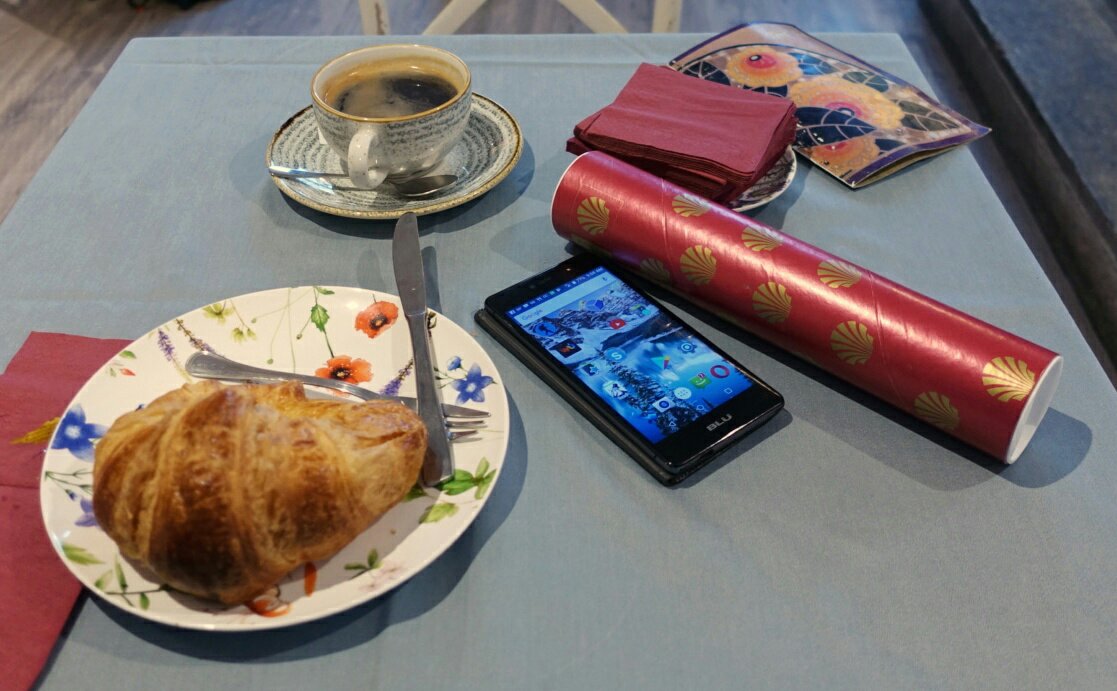 A typical breakfast, with my compostela in a tube. 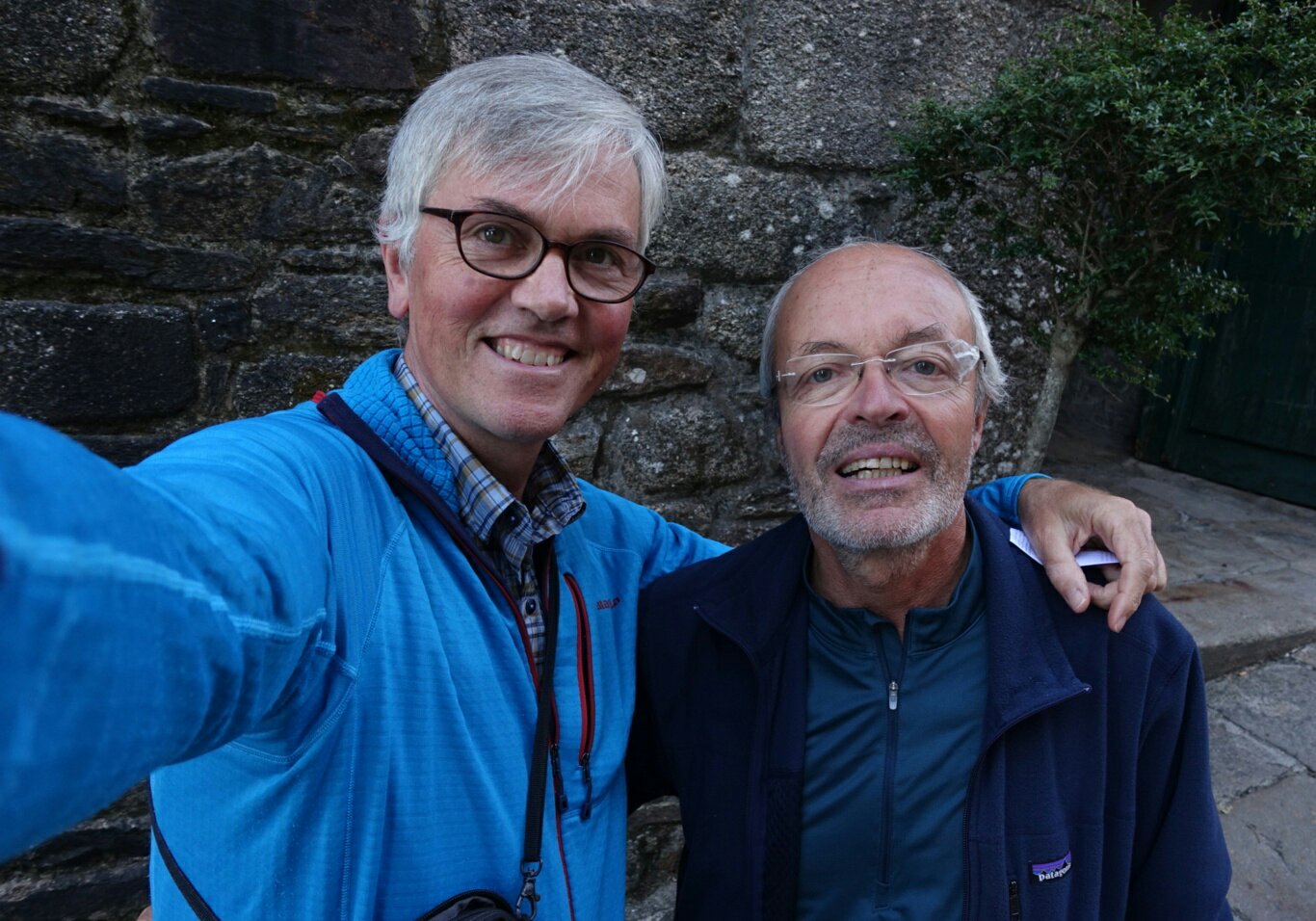 The French guy who hissed while he palpated his blisters walked on those blisters all the way to Santiago. 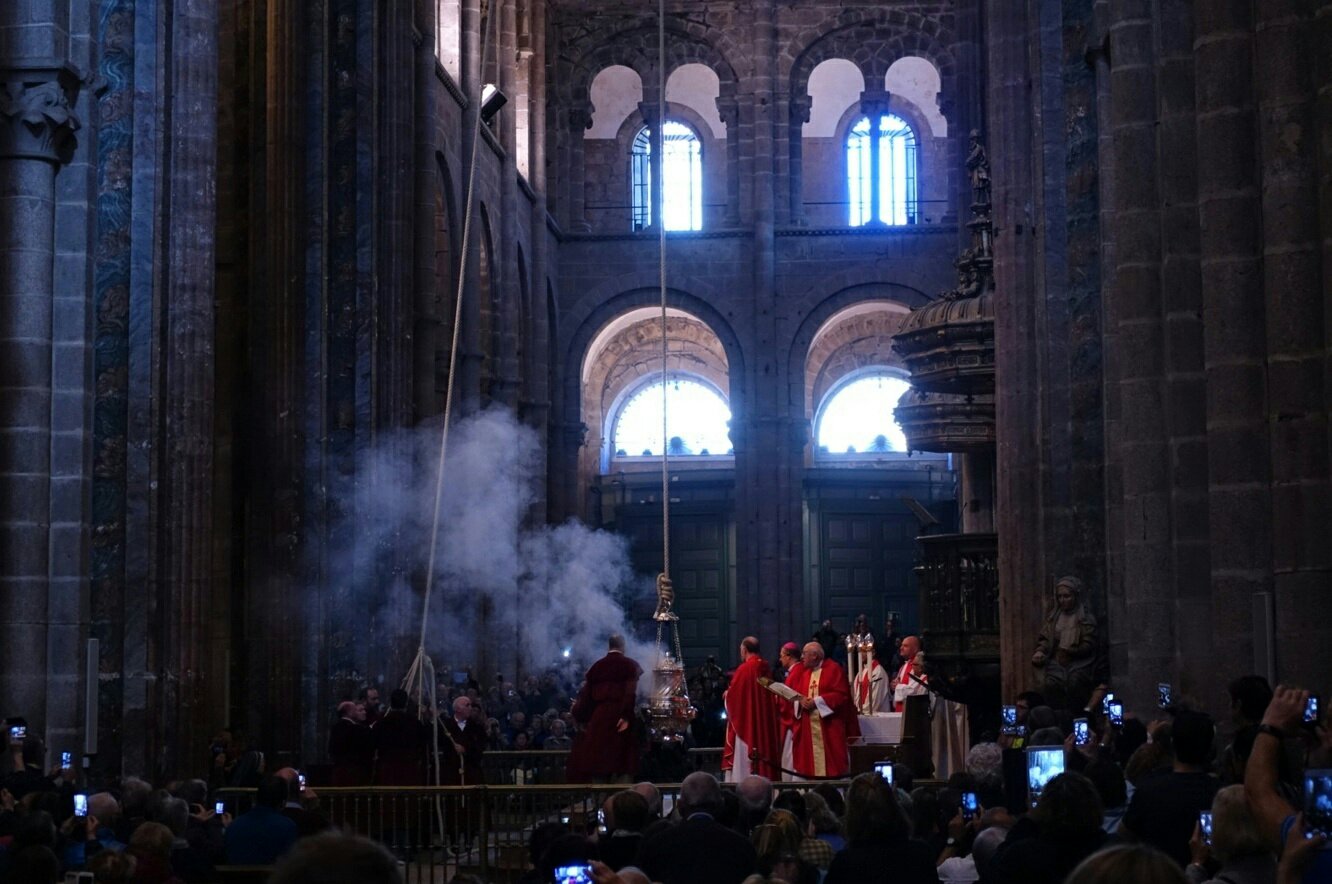 I was lucky enough to witness the dramatic censer-swinging at this morning’s Pilgrim mass.